How an MRI of My Leg Solved A 14 Year Mystery 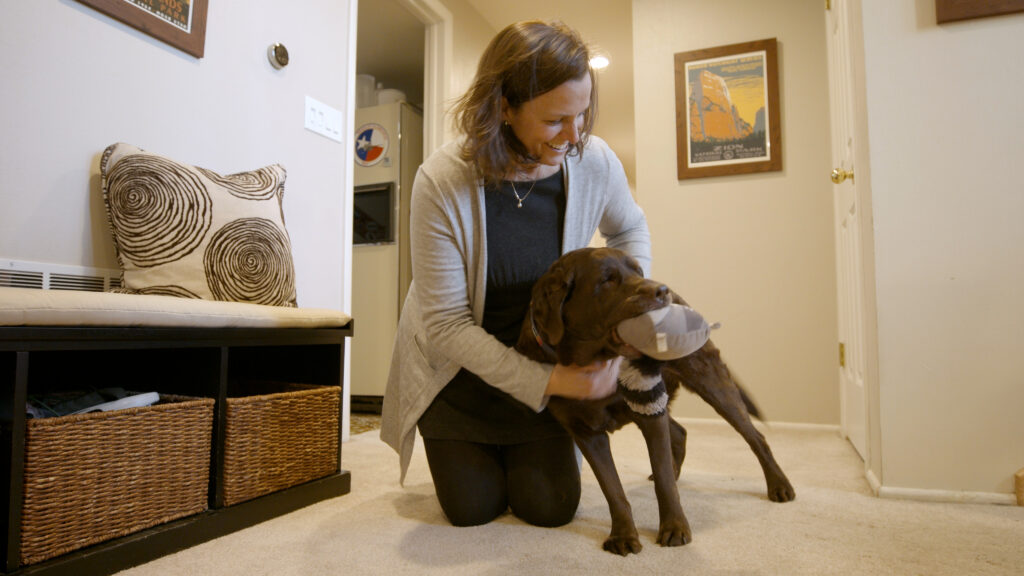 A magnetic resonance image (MRI) at Tellica Imaging was able to diagnose the surprising source of pain in Shannon Baker’s knee when an eagle-eyed radiologist and his patient-centered care approach uncovered a hidden tumor.

For the past 14 years, Shannon Baker had been dealing with intense leg pain. A radiologist’s dedication to get to the correct diagnosis changed her life.

When Ms. Baker went for an MRI of her leg, she anticipated the results would be sent to her doctor within days. She had not expected to be called by the radiologist within hours, much less hearing that he discovered a suspected tumor.

Dr. Doug Greally, the Chief Medical Officer of Tellica Imaging, is a musculoskeletal fellowship-trained radiologist for a group of community-based imaging centers wholly owned by Intermountain Healthcare. Tellica Imaging prides itself on providing affordable prices, convenient community locations, and the highest quality of imaging available. The imaging company also values providing person-centered care, giving their full attention to getting the best outcomes for their patients. In Ms. Baker’s case, this is what made the difference in answering the mystery of her long-term struggle.

Dr. Greally called Ms. Baker to say he had seen a shadow in her knee that wasn’t very clear, something that could easily have been missed or occurred due to a machine artifact. He explained that a different type of MRI, one with contrast dye in Ms. Baker’s blood system, would help make the diagnosis. He offered to do the contrast MRI scan right away, at no extra cost.

This second scan revealed the astonishing verdict; Ms. Baker had a tumor on one of the nerves in her knee. It was a schwannoma, a type of slow growing nerve cell tumor, which had been squeezing the tibial nerve that travels down to her ankle. After so many years, it had grown to 2.3 inches long, taking up vital space in the area behind her knee joint.

Within a few weeks, Ms. Baker had had her tumor completely removed by a specialist orthopedic surgeon. She was delighted that the pain she had grown so used to, was instantly gone. She said that she felt well taken care of by Tellica Imaging, with the personal attention to her case being the key to her diagnosis.

Ms. Baker’s journey to this point had been a long one. She had been a sprinter in college. When she first started to get a dull pain in her right ankle, she put it down to a temporary stress fracture.  However, as time went on the pain continued. She gave up running, took pain medications, but the pain would still stop her from sleeping. One day her chocolate Labrador, Coco, accidentally batted Ms. Baker on the side of the knee with her tail. Ms. Baker buckled over with a piercing pain down her leg that took her breath away. After this experience, she braced herself whenever Coco approached, turning her leg away from the dog, fearful of a repeat collision.

Over the years she had sought help from doctors who directed her to have x-rays and an MRI scan of her ankle. Nothing had been found, and she had almost resigned herself to just living with her pain. However, after another terrible night tossing and turning, unable to find relief, Ms. Baker saw her doctor again. This time her doctor consulted with a rheumatologist – a doctor who specializes in medical conditions like arthritis, that affect joints. The story of Coco’s batting tail and the shooting pains caught the specialist’s attention – could this be a pain that was referred down a nerve? If so, although Ms. Baker had always had the pain in her ankle, the problem could be further up, where the nerves started their journey down the leg. She asked Ms. Baker to do another MRI scan, but this time of her entire leg.

Ms. Baker was concerned about the cost of a scan, as it was January and her health insurance deductible had just reset. Luckily, working in a healthcare setting herself, she has just heard of Tellica Imaging. She knew about the convenience and flat-rate pricing, and asked to be referred to Tellica for her scan. She was offered an appointment slot immediately and scheduled her MRI. It was after this MRI that she got the call from Dr. Greally about needing the contrast dye scan, which finally led to the answer.

Imaging specialists aren’t often considered part of the core medical provider team, but in this case, it became very clear what a central role they play.  Now, Ms. Baker no longer has restless nights trying to sleep through the discomfort. She can cuddle with Coco again, and just recently, she raced her first 5k challenge, this time against her 13-year-old son. “My leg felt incredible and no pain at all,” Ms. Baker said delightedly. “I was just happy to finish after not having run for the past 3 years and no training. It’s so nice to know that running can be in my future again.”

Thank you for your interest in Tellica Imaging.

To provide the best quality care for you, a doctor’s order is required for any imaging we perform. Please work with your provider to obtain an order and give us a call when you are ready to schedule at 801-442-6000.